Author Jan Hawke is on tour with her novel Milele Safari and she’s stopped by to tell us a bit about her book today. Hawke has included a fascinating excerpt from her novel as well. Welcome to 4writersandreaders, Jan.  The page is yours and we’re looking forward to finding out more about you and Milele Safari, An Eternal Journey.

It’s almost a fairy tale really. Regrettably it’s mostly a Grimm one in terms of extremes of human rights, white on black and vice versa, black on black, economic, political affiliations—you name it, Zimbabwe’s most likely had a problem with it, or will have. From a safari point of view however, Zimbabwe’s almost peerless. A pearl of a tourist destination, even though it’s land-locked. Actually, scrap that— it doesn’t matter that it has no coastline, because Zimbabwe has the Zambezi and its ‘baby’ Lake Kariba. My third safari trip was to Zimbabwe and, a year after our hairy Tanzanian adventure, it was one that I had reservations with, which were more or less evaporated on starting out at Lake Kariba with our own private game guide. Harry Burton isn’t entirely based on that engaging young man, his backstory is an amalgam of several safari guides we met, as are his experiences, but the ethos for ‘high end’ quality safaris is right up there with only the decade being totally different. Our Zimbabwe holidays took place at the start of the 1990s ten years after the civil war ended and while there was still a reasonable amount of interracial amity about, before the program of white evictions began. To this day the safari trade still goes on regardless so ‘my’ Zimbabwe is still there, although some of the National Parks, like Gonarezhou remain mostly off the main tourist track (in the late 1980’s and 90’s it was still heavily mined and definitely a no-go area). Zimbabwe and its wildlife is truly beautiful though, and Harry’s Africa really needs no further embellishment from me in here. Lake Kariba remains high on the list of places I love most in this world and, if you’re prepared to live with the political exigencies and are careful who you travel with, I’d definitely recommend the country as one of those places to see before you die. From a wildlife perspective it’s still ‘last chance to see’ territory, as it’s one of the few countries to have black and white rhino in any significant numbers and, like other parts of southern Africa, it is enjoying some notable success with sustainable eco-tourism involving the indigenous people, and in running limited licensed hunting franchises to support conservation areas. Long may that continue…

Milele Safari back blurb—Milele Safari – An Eternal Journey …twines around a single day, in an unremarkable border village that snuffs out the lives of four people and shatters many others, only to draw the survivors back to a different time and, perhaps, a hope of atonement and peace. Step out on the journey and discover an Africa that could have been, is and might one day come to be.

Perfect Day – Harry hosts a full day’s game excursion by boat and open land cruiser to view bathing elephants, threatened rhino, buffalo, not to mention a wealth of birdlife and crocodiles. The Gathering of Water – the group are dropped off at the lake and dam where they hear the strange tale, half myth, half mystery of Nyaminyami, the Spirit Guardian of the Zambezi and meet Harry’s nephew, Luey who explains the legend more prosaically.

I live near Launceston in Cornwall, UK with Toby and Benji the Springer Spaniels – it’s a tie between us all as to who’s maddest, but as I outrank them in being weird anyway it’s not open to debate really. I’m physically lazy with things that don’t hold much interest for me (so that’s mostly housework and, increasingly, cooking…), but I love where we live, mainly because I chose it for being so quiet and off the beaten track, very close to the moors and quite near to the sea. I also love books, both to write and to read, the latter of which can be very eclectic (I enjoy Julian Barnes, Kate Atkinson, Jeanette Winterson and will happily admit to Jilly Cooper too) but in the main I’m heavily into SF&F, particularly Tolkien, Terry Pratchett and Julian May, although I can pass on Zombie Apocalypses fairly easily… …how I’ve chosen to write about Africa for my first novel may be something of a surprise to my friends, but if you read it you may find that all of the above information manifests in there somehow! Future projects include a futuristic fantasy series, loosely grounded in Celtic myth – The Shadow Chronica (http://havenlands.blogspot.co.uk/), which is kind of stalled at present, but I’ll be dusting it off as summer gets in full flood with the first novel hopefully available at the tail end of 2016.

“This tour sponsored by 4WillsPublishing.wordpress.com.”

Thanks for stopping by, friends. Jan and I would love to hear from you (comments below). Milele Safari is now on my TBR list and I’m definitely looking forward to the read. ~ Bette A. Stevens at http://www.4writersandreaders.com

[Back to Bette’s Blog] 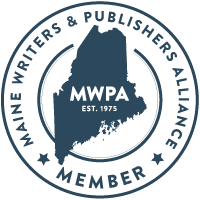